The present web-based platform presents hydrometeorological forecasts provided by the Cyprus Ionospheric Research Group, Frederick Research Center (CyIRG/FRC) in the framework of the CyFFORS project. The forecasts are produced by the Weather Research and Forecasting (WRF) model and its hydrological extension package (WRF-Hydro). WRF operates once daily (1200 UTC cycle) to simulate the meteorological conditions for the next 3 days over Cyprus and Greece at a horizontal grid resolution of 2 km (see METEO drop down on the menu). WRF-Hydro is initialized, when a significant precipitation episode is being forecasted over Archngelos-Kamitsis (Larnaca, Cyprus), Sarantapotamos and Rafina (Attica, Greece) basins. The coupled WRF-Hydro model provides 1.5-day forecasts at ~667m (meteorological component) and ~95 m (horological component) spatial resolutions over the targeted catchments (see HYDRO drop down on the menu). All hours in maps are in UTC.
The current web-based platform also provides in-situ and remote-sensed observations over Cyprus (see OBSERVATIONS-CYPRUS drop down on the menu) and Attica, Greece (see OBSERVATIONS-GREECE drop down on the menu).
The CyFFORS web-based platform is supported by the National Observatory of Athens (NOA), Greece.
More information about the CyFFORS project can be found here 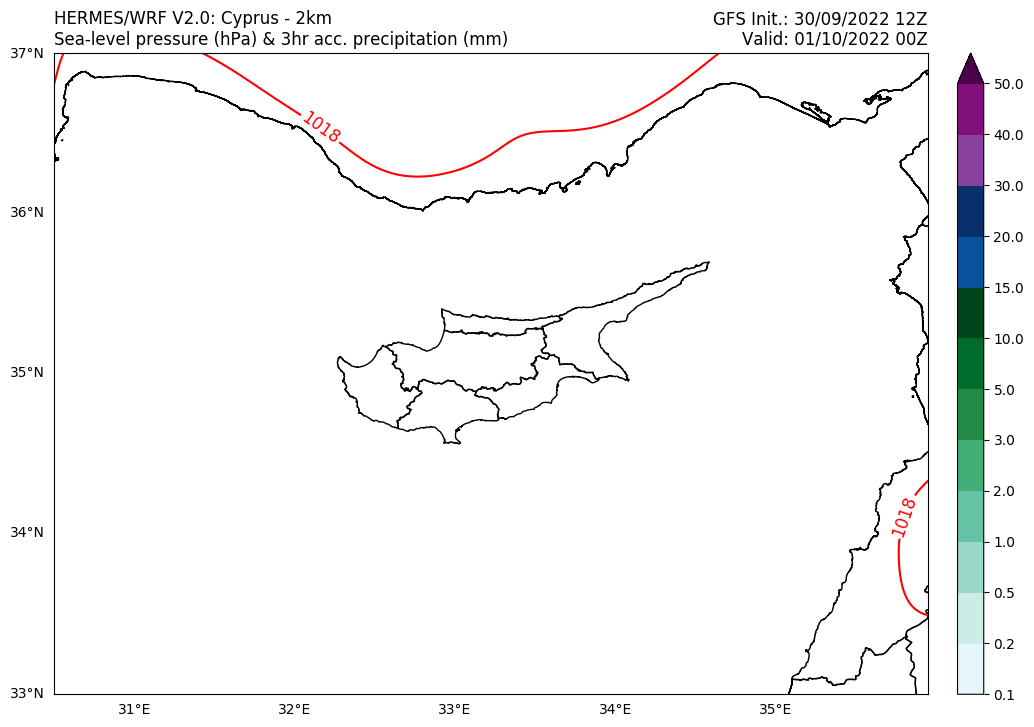 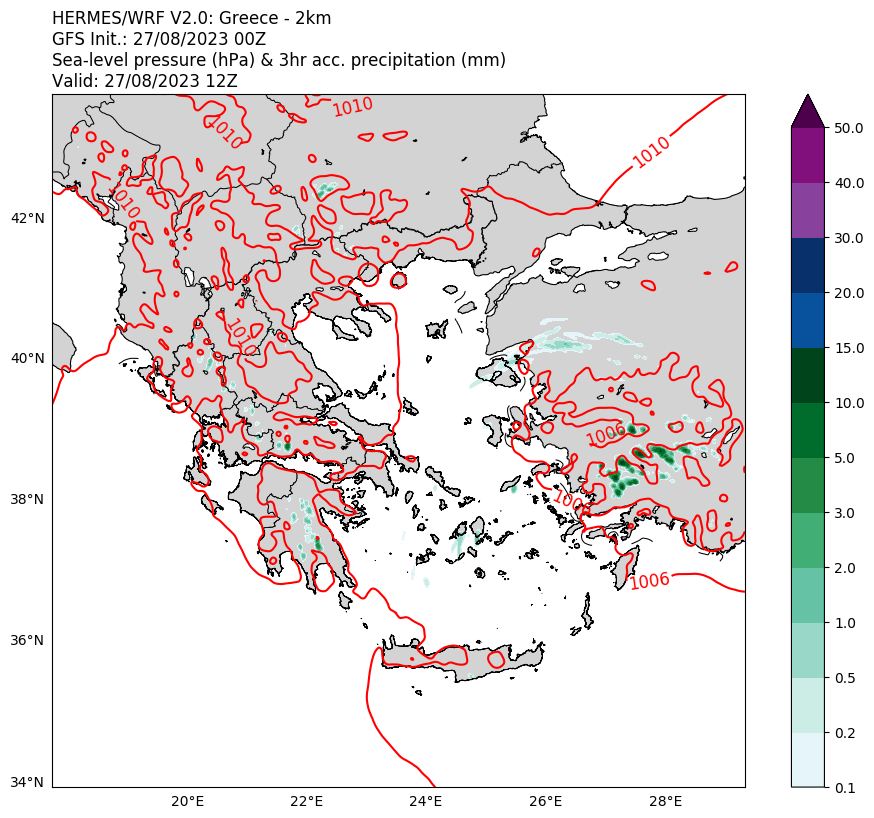